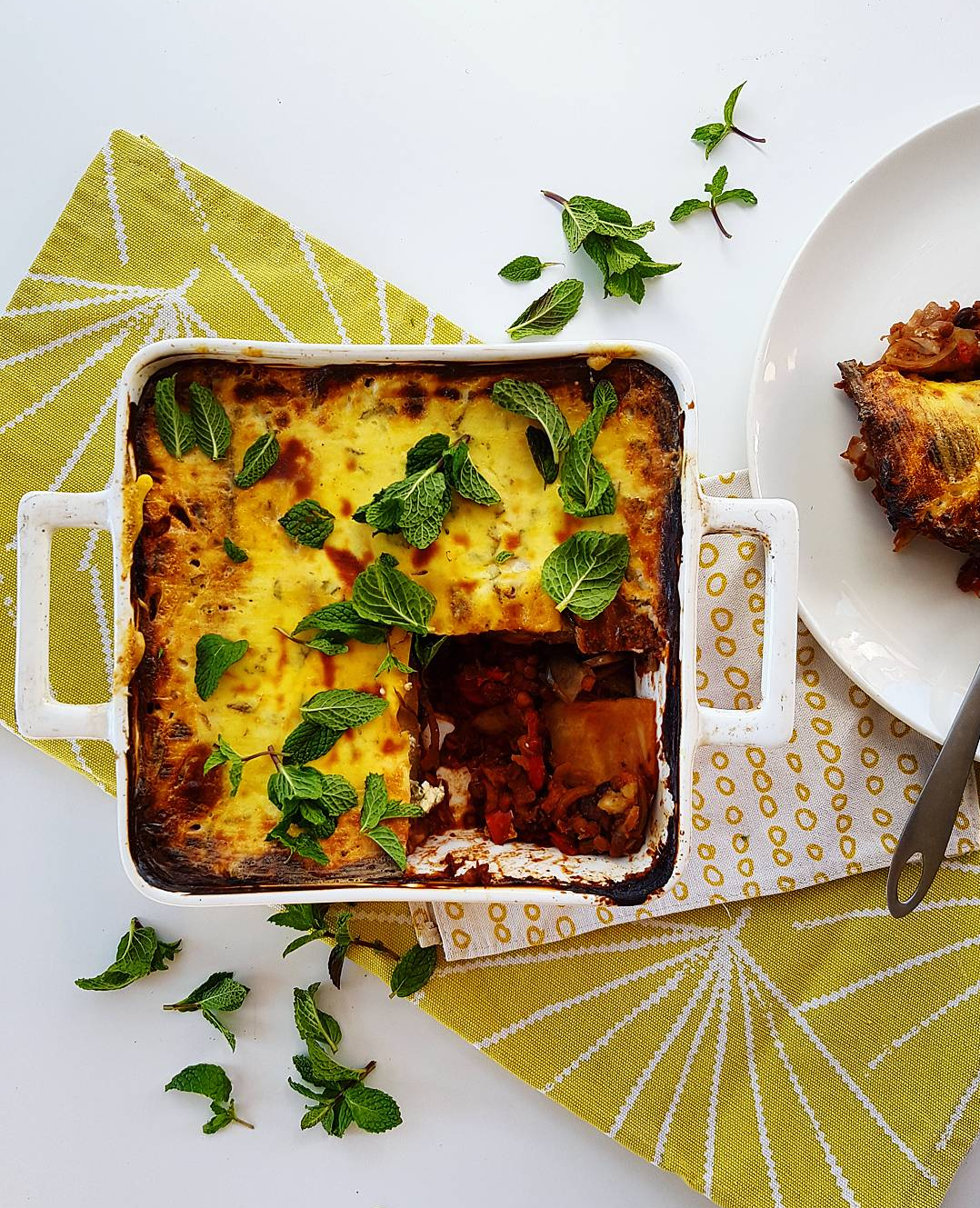 1.Heat the oil in a large pot over a medium heat. Saute onions and red pepper for 5 minutes until they start to become soft and the onions become slightly translucent.
2. Add the remaining mince ingredients, cover with a lid and bring to the boil, then reduce the heat and allow to simmer with the lid off for approximately 15 minutes, until the liquid has reduced and the mince has thickened.
3. While the mince reduces, fry the sweet potato and aubergine slices.
*TIP: When frying the aubergine and sweet potato, make sure to do this in small batches and preferably on a nonstick frying pan. Once the slices have begun to brown, pour about 60 ml/ 1/4 cup of water into the hot pan, this allows for the veg to soften as they are being quickly braised. Remove each batch, once the water has evaporated. USING THIS METHOD WILL SPEED UP BAKING TIME!
4. For the yoghurt topping, combine the yoghurt, salt and pepper, and set aside.
5. Preheat the oven to 180°C. Once all the veg slices have been cooked and the mince has thickened, and has cooled slightly, begin layering in a baking dish.
6.Start with 1/2 of the mince, then top this layer with sweet potato slices. Then cover this layer with the remaining mince mixture and top with the aubergine slices. Finally top with the seasoned yoghurt and bake for 40 minutes or until the potato is fully cooked (test with skewer).
7. To finish, remove the moussaka from the oven, gently brush with egg wash and grill until a golden brown.
8. Allow to cool before serving.